The Kornat Islands are the densest archipelago in the Mediterranean. Nowhere else in this large sea is such a great number of islands crammed in so little space. Because of ambiguous criteria of the definition of an island in general, there is no general agreement about their number. But we think that we shall not err much if we determine their number at 150. The area pf the sea in which they are located is about 320 square kilometres. 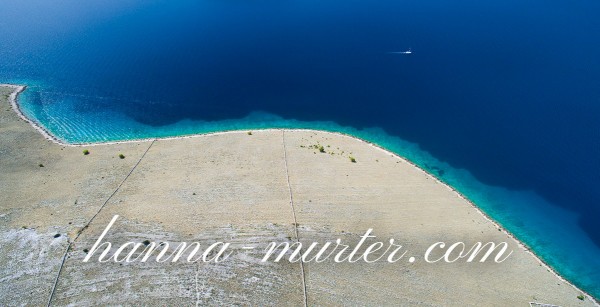 The largest island of the archipelago is Kornat. The inhabitants of the island of Murter, the most numerous of the owners, refer to it as Kurnat, to the archipelago as Kurnati, and to themselves as Kurnatari, other neighbours and the wider public refer to them as Kornat and Kornatari respectively. The island has an area of 32 525 315 square metres; it’s shoreline is 66,1 km long, and it is 235 m high – the peak Metlina. The island is 25,2 km or 13,6 nautical miles long. But the special feature and identifiability of the Kornat Islands are the islets.

Like many other shepherds and farm labourers, people working in the Kornat Islands obtained pastures and later cultivable land by burning. The process was repeated after several years , in a specific order and at a specified time. Although it is known that events sometimes went out of control, on the whole the pasture was burnt in an organized way. The consequence of burning pastures is the almost lunar landscape of the island of Kornat and some of the larger islands, e.g. Kurba, Škuj, Lunga. 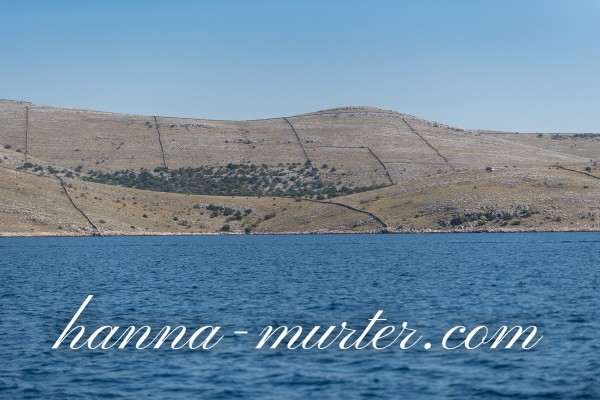 Of all the artefacts that the Kornat hand had created the most important and most impressive is certainly the wall or, more precisely, the dry wall. One of the basic features of the dry walls is their orientation. Since all large islands are elongated, all the walls are built from sea to sea, i.e. from one side of the island to the other. The wall is exactly as high as it is necessary to prevent sheep jumping over it and crossing to someone’s else’s pasture. It is exactly as wide as it is necessary to prevent the force of the wind to break it.

Another artefact in the Kornat karst attracts equal attention as the dry walls: isolated enclousers – olive groves surrounded with the dry walls. We find them in more than a hundred places in the archipelago, at “most unexpected” locations at that. On the steep sides of Škuj and Smokica, on the saddles of Smokvena and Gustac, on the gentle slopes of Njivica, Piškera, Žakan, Lavsa, Suha Punta, Statival, Pinezel, and Grba, on the level plateaus from Knježak to Šipnate.