When speaking about the 6000 year long existence of the Skradin area, historians endowed with wisdom search for the reasons of that continuity in its location and geo-strategic position.

History always looks for great and sensible reasons. However, the truth is often much simpler since people and everyday life are smarter than history.

Skradin is simply magical in its each and every detail.
In the loud morning silence that gets under your skin and the stentorian traditional folk klapa singing that touches your heart. In the peace and quiet of the Visovac monastery and the burst of water drops of the Skradinski Buk waterfall.
In each moment of enjoyment of food which has skilfully managed to escape both fridges and freezers which would rob it of its natural aromas and has arrived thoroughly fresh at your table. 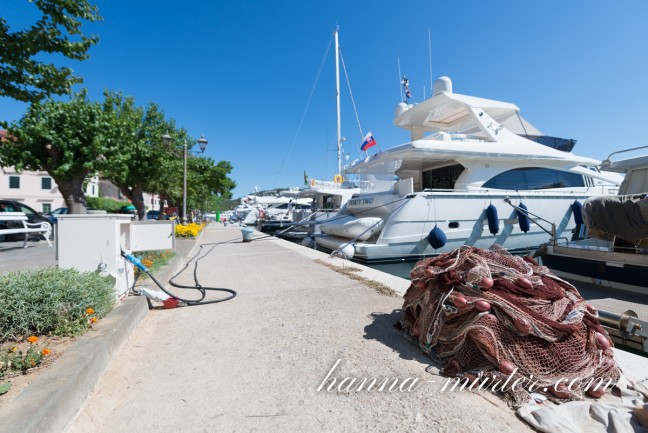 The secret of Skradin

Yet even a million inhabitants is not that which makes a city but the sense of connection among its people, their respect for public good and social norms.
A city is a state of mind and a way of life, there lays the secret. The secret of ancient Skradin is hidden in the harmony of its good strategic position, in its fertile fields, in the depths of its rivers and sea and in its unusually beautiful scenery.
In Skradin this harmony was also transferred to the social community through the Medieval Statute of the town written in Latin at the beginning of the 14th century, under the rule of the famous Pavao Šubić when Skradin was the principal town of Croatia and Bosnia!
The original manuscript of the Statute is kept in Venice in St. Mark’s Library. Long ago in the 4th century Skradin was the centre of the early Christian diocese. Even earlier than that, it was the capital of the Roman Province of Liburnia, and before that, the capital of Liburnia.

The first data about the town of Skradin dates from the year 33 B.C.

Skradin had the first hydroelectric power plant in Europe, opened in 1895, at the same time as Tesla’s famous power plant at Niagara Falls! 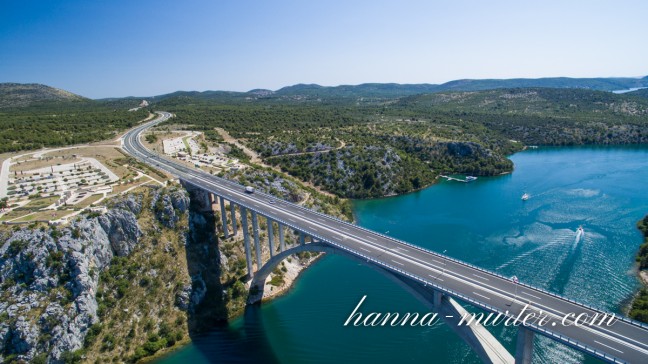 Orthodox Church of St. Spiridon from the 19th century, a donation from Emperor Francis Joseph

The Skradin Town Museum with a rich collection of exhibit items from the pre-historical age, Liburnian period and period of Antiquity to the late Middle Ages

The entire town core represents a protected cultural monument. It contains houses dating from the 18th and 19th century which are stuccoed inthe manner typical for Venice and areas under her influence.

On the streets of Skradin you will find the pleasant atmosphere of a small Dalmatian town, especially during the Skradin festival of klapa singing (a capella singing typical for the Croatian Adriatic) or during the celebration of the Nativity of the Virgin Mary.

The prices above are for four persons, each additional person is charged 15 € per person per night

Any cookies that may not be particularly necessary for the website to function and is used specifically to collect user personal data via analytics, ads, other embedded contents are termed as non-necessary cookies. It is mandatory to procure user consent prior to running these cookies on your website.